Recognition moment - one instance of a recognition. This could be an eCard, nomination, or instant award (regardless of if it has an award associated with it).

Individual people - individual active users on a program, whether they are a manager or not or have logged in and used the platform or not.

Manager - anyone in the program that has direct reports (as labeled in the employee data).

Non-managers - anyone in the program that does not have direct reports (as labeled in the employee data).

Senders - those that have sent a recognition moment (regardless of if it has an award associated with it).

Receivers - those that have received a recognition moment (regardless of if it was a group recognition, or if it had an award associated with it).

Active senders/receivers - Users in the platform that are currently active, meaning they have access to login to the program (regardless of if they are using it regularly or not).

Opened - the recognition moment has been viewed by the receiver.

Not opened - the receiver has not yet viewed the recognition moment.

Approved - a nomination that has been approved by the reviewer (or that did not have a reviewer at all) and is now live in the program.

Pending - a nomination that has been written and submitted, but is waiting for approval from the reviewer(s).

Rejected - a nomination that was submitted and has been rejected by the reviewer(s).

Claimed - when a receiver logs in to their program and clicks that they want to claim their award. This makes the value of their award available in their account to spend on a voucher (please note: this does not necessarily mean that they have spent the award yet).

Unclaimed - an award that has not yet been claimed, meaning that the award value is not available to be used on a voucher yet. The receiver may have viewed the recognition already, but not have claimed the award yet.

Cancelled - an award that is unclaimed, but has been cancelled. This means the award portion of the recognition has been removed from the account of the receiver.

The legend on each chart is also interactive. You can click once to hide that item from the chart, or double-click to isolate that item in the chart. 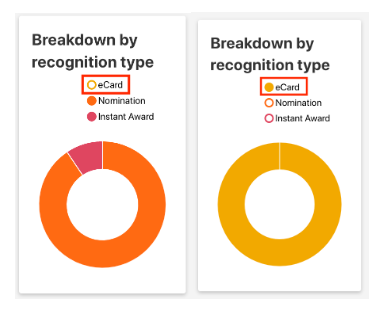 Recognition moments flow - this chart shows the flow of recognition from one department to another. For example, we can see below that the majority of recognition sent by Sales is also received by Sales. 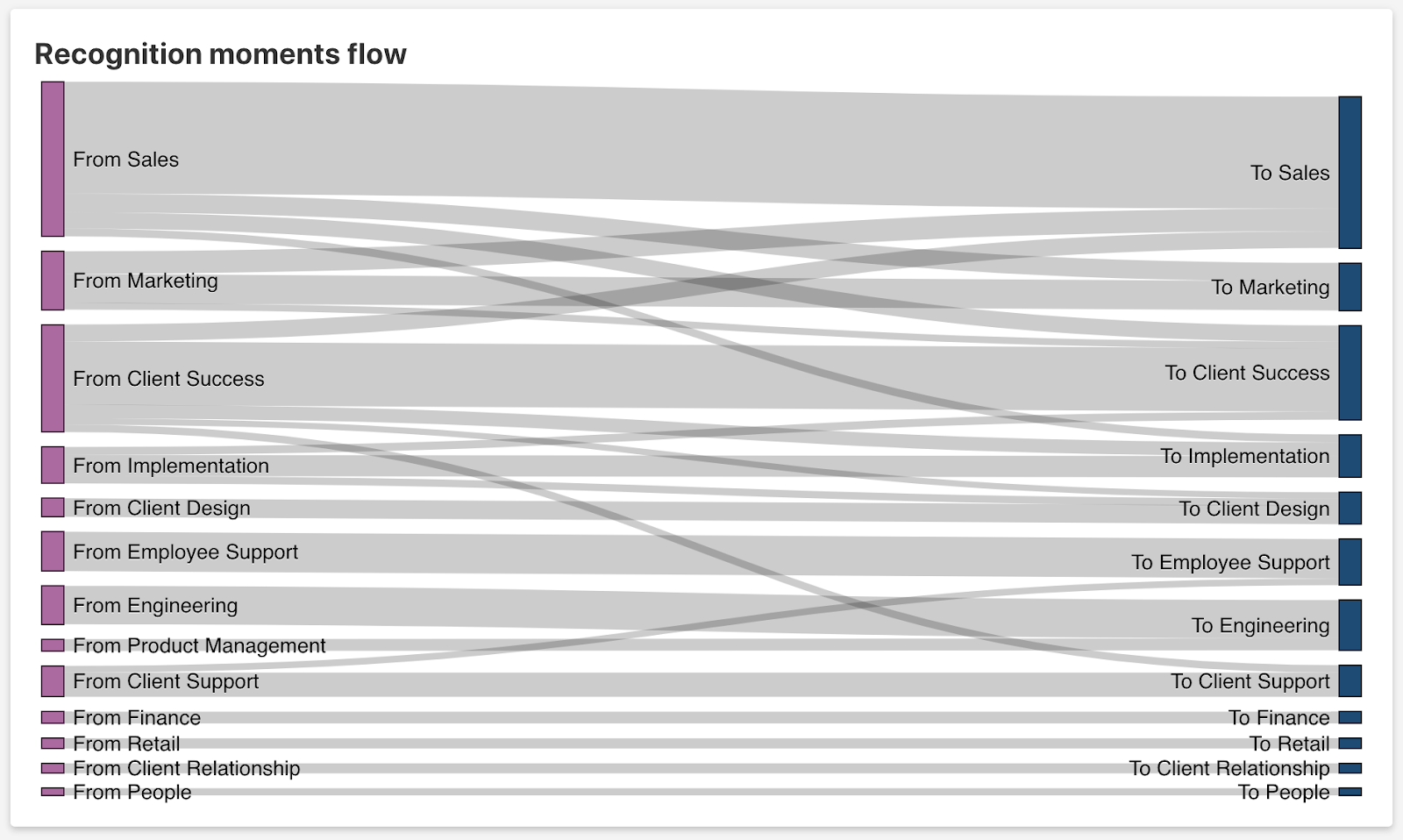 Hover your cursor over any of the flow lines to see more details about that flow.

Recognition sent vs senders - this chart shows recognition being sent and received over time, but with data from the previous year available for comparison.

1 out of 1 found this helpful