After running an Engaged Index™ survey, the results will be available to you in a dashboard. This dashboard will provide you with data and analytics on how people responded to the survey, including the Engaged Index score. See below for more in depth information on what the data means for each of the charts in the dashboard.

Tip: These dashboards are interactive! Try clicking and hovering your cursor in each chart to see more data, or to display the data in a different way.

The filter at the top of the page allows you to fine tune the data you are viewing by selecting a certain group. For example, you could choose the Group Type of Location and the Group Name of London to see only the data for survey respondents in London.

Engaged index shows you your overall score, rounded to a whole number. If you have run this survey more than once, you will see how this score has changed since the last time this survey has been run. The bar chart at the bottom shows where your score is on the -100 to 100 scale. 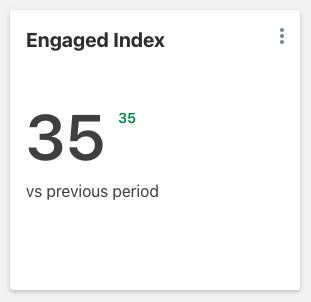 Participation shows the percentage of participation of all recipients on the survey. Recipients shows how many employees were eligible to complete the most recent survey.

Engaged index breakdown compares the percentage of detractors, neutrals, and promoters. Promoters will appear in green, detractors in red, and neutrals in gray in the middle. When this survey has been used more than once, this chart will compare the current survey to the previous survey results.

Engaged index comparison per question shows the average score for each of the 4 questions in the survey. This will show an average score based on the 0-10 rating. When this survey has been used more than once, each question will show the current survey score compared to the previous survey score.

Note: questions are written in short hand to save space on the chart. 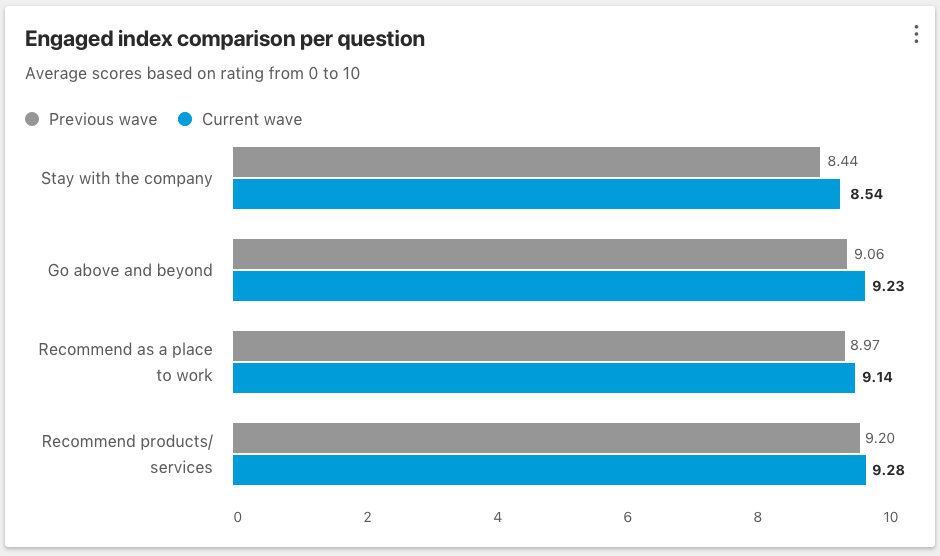 Current Engaged index shows the score of the most recent survey and Previous Engaged index is to the right of it showing the previous score to help you compare change. Engaged index over time will show a larger view of how the score has changed over time. Hover your cursor over the dots on the line to see more detail. 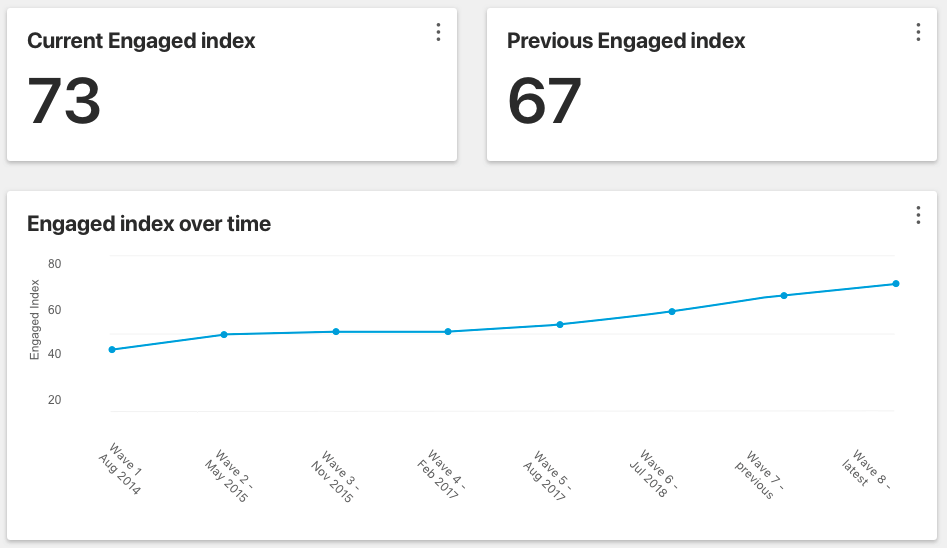 Engaged breakdown comparison compares the percentage of detractors, neutrals, and promoters. Promoters will appear in green, detractors in red, and neutrals in gray in the middle. This chart will compare the current survey to all previous survey results. 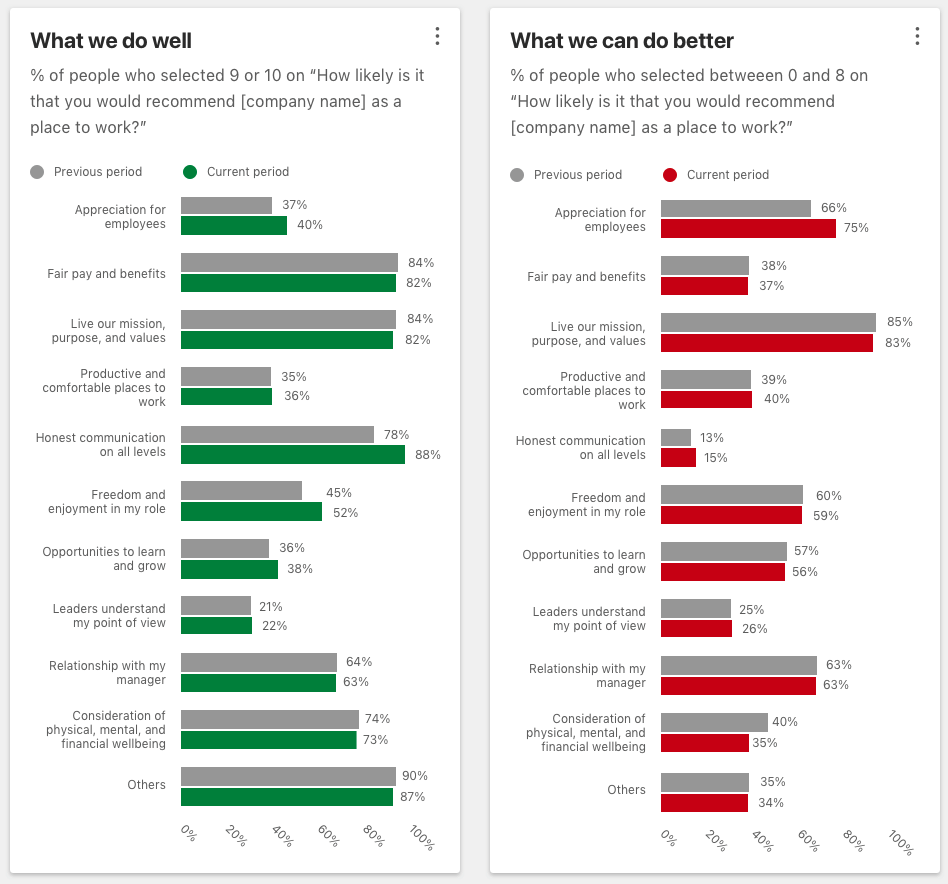 1 out of 1 found this helpful